Lex – Solution to increase production by 10-45% in deviated wells

Solution to increase production by 10-45% in deviated wells

The challenge of optimizing oil production is forcing companies to reduce costs and rethink the choice of pumping equipment for efficient well operation. In many deviated wells, production requires pumping units to be set deeper. We offer a new solution to safely penetrate even highly deviated sections of wells and work in deviated and horizontal wells: the compact Ultra-High-Speed (12,000 rpm) ESP by Lex (UHS ESP™).

About one-third of wells worldwide have deviated sections that limit the installation of standard-length equipment to the desired depth. When operating in areas of deviation, the equipment often reaches peak bending loads, leading to premature failures. As a result, up to 30% of the well reserves remain untapped.

Sucker rod pumps or top drive cavity pumps may only be used in moderately deviated wells due to the risks of sucker rod breakage, back off and limited rotor speed. That is why oil companies are more likely to use submersible cavity pumps.

At the same time, companies limit the speed of running the equipment in hole, increasing the installation time, and incurring additional repair crew costs and well downtime losses.

Whilst developing our solution, we have revised and adapted the Lex Ultra-High-Speed ESP (UHS ESPTM) for oil production in deviated wells.

The Lex Ultra-High-Speed ESP (UHS ESPTM) has a rotational speed of up to 12,000 rpm, resulting in a 10-fold increase in the generated head. This increase made it possible to reduce the number of stages in the pump and reduce its size. The increase in speed also influenced the reduction in the size of the gas separator and permanent magnet motor. Due to this feature, the length of the high-speed ESP became shorter by 2–3 times (up to 29,5 ft (9 m)) compared to standard equipment and work in previously inaccessible deviated sections of wells.

As a result, the reduction in the total length makes it possible to bury the ESP deeper and increase the fluid flow rate by 30–40% by lowering the bottom-hole pressure and buildup of the drawdown. 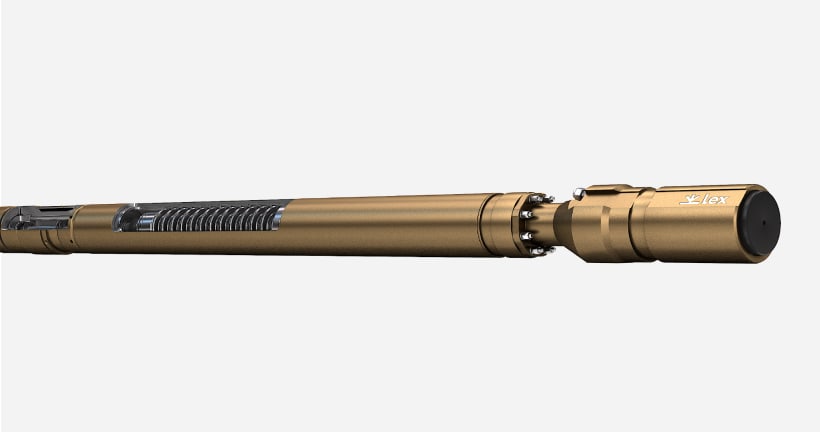 END_OF_DOCUMENT_TOKEN_TO_BE_REPLACED

-70% energy saving, -50% total cost of ownership economy at field in Republic of the Congo, Central Africa

END_OF_DOCUMENT_TOKEN_TO_BE_REPLACED

Runlife has been increased by 4 times, -29% total cost of ownership economy at onshore and offshore fields in Democratic Republic of the Congo, Middle Africa